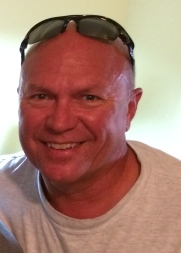 Captain Jerry is licensed by the United States Coast Guard (USCG), holding a 100

ton Master on Inland Waters and Great Lakes with Sailing endorsement. He has sailed extensively on Lake Erie, Lake Huron and Lake Michigan in the U.S. and Canada. He also has made several trips along the Atlantic Coast from Annapolis, MD to Key West, FL, both offshore and in the ICW (Inter Coastal Waterway). During the winter months he enjoys sailing the U.S. and British Virgin Islands.